We are pleased to announce that RDF4J 3.6.0 is now available. This is a minor release with about 19 improvements and bug fixes.

For full details, have a look at the release notes. Below, we briefly highlight some of the major improvements.

RDF4J likely sports the worlds only SHACL implementation capable of incrementally analyzing your transactional changes. As you scale your database to hundreds of millions of triples you can trust our ShaclSail to take care of your data integrity with no more overhead than when you started out with just a few thousand triples.

With RDF4J 3.6.0 our SHACL implementation is inching just that bit closer to full spec compliance with support for sh:node and sh:property to their fullest expressiveness. You can now nest sh:property and sh:node to build richer shapes than ever before.

This release also contains several bug fixes to the ShaclSail making it the most stable and reliable validation engine we have ever shipped.

By implementing Aidan Hogan’s algorithm for faster graph isomorphism detection Models.isomorphic(...) has been radically improved. Where the previous algorithm could take minutes to compare two models, the new implementation only takes seconds. Even models that previously were impossible to compare due to their size can now quickly and efficiently be compared.

Comparing two models using Models.isomorphic(...) allows you to compare models that contain blank nodes. Blank nodes are mapped to each other based on their contents instead of their identifier. In the RDF4J codebase we regularly use this in our tests to compare a resulting model to an expected result.

Hogan’s algorithm has been shown to have very good performance characteristics for almost all practical cases, and is guaranteed to terminate in reasonable time. Read the full paper here: Hogan, A., 2017. Canonical forms for isomorphic and equivalent RDF graphs: algorithms for leaning and labelling blank nodes. ACM Transactions on the Web (TWEB), 11(4), pp.1-62.

We’ve given the Workbench a nice little facelift, with some updated fonts. 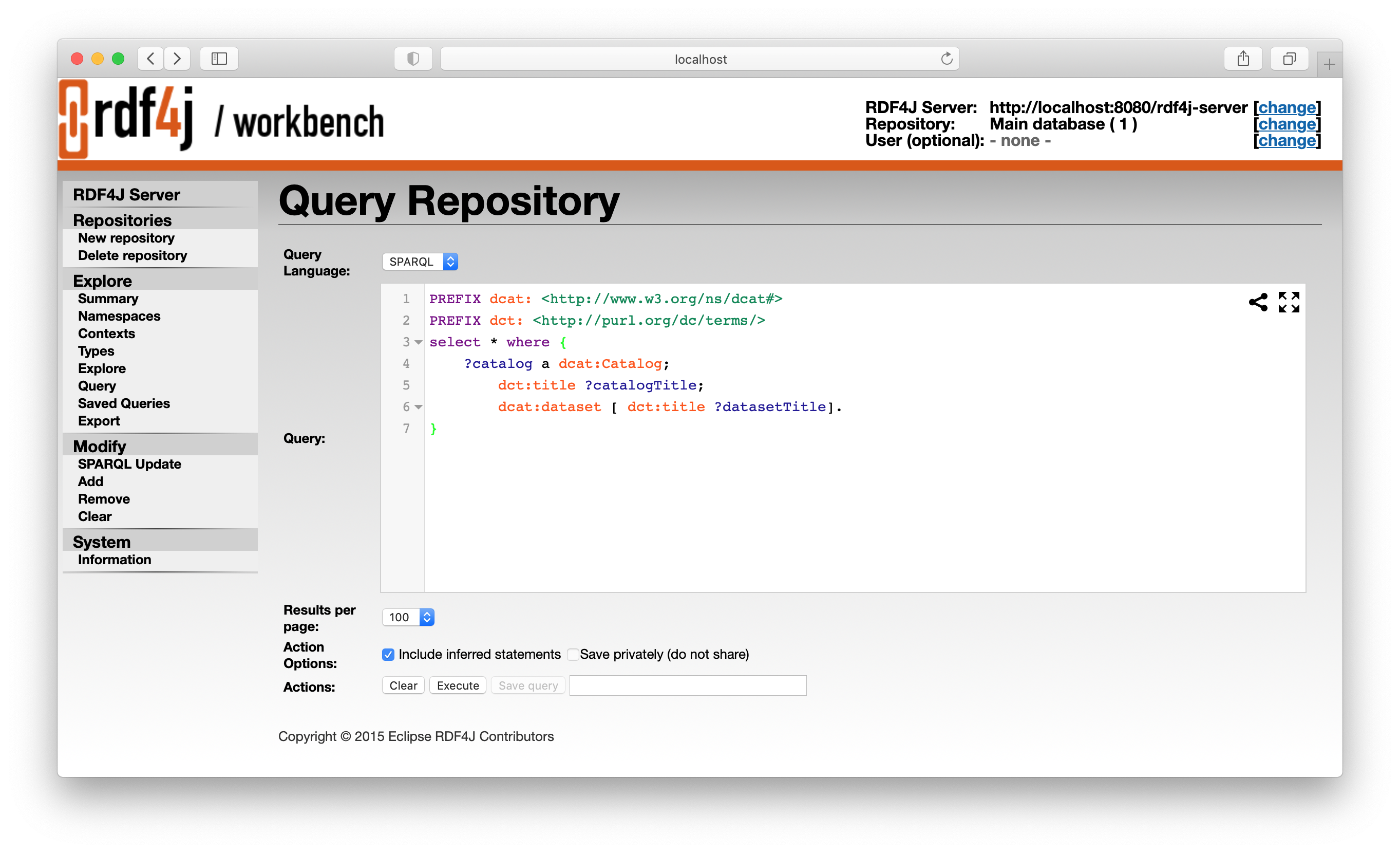 Milestone number 3 of the upcoming 3.6.0 release of RDF4J is now available for download.

RDF4J 3.6.0 is a minor release focusing on improving our SHACL implementation. This milestone build also contains a much improved Models.isomorphic(…) algorithm with vastly better performance and a lower memory footprint.

This milestone build is not yet feature-complete, but we are putting it out to receive early feedback on all the improvements we have put in.

For more details, have a look at the release notes.

Eclipse rdf4j is a powerful Java framework for processing and handling RDF data. This includes creating, parsing, scalable storage, reasoning and querying with RDF and Linked Data. It offers an easy-to-use API that can be connected to all leading RDF database solutions. It allows you to connect with SPARQL endpoints and create applications that leverage the power of linked data and Semantic Web.

Back to the top